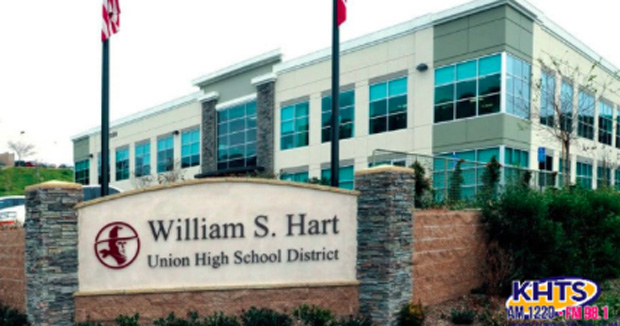 The William S. Hart Union High School District Board voted Wednesday to only fly the national and state flags on flagpoles and at school events with the hopes of settling the ongoing flag dispute.

The items were placed on last night’s agenda after months of controversy in the community that was sparked by the Saugus football team flying a blue line flag during football games. Since then the district has wrestled with addressing complaints from both sides of the issue.

The special items in last night’s agenda included three items that regarded the flag issue as well as appreciating law enforcement, since the initial issue revolved around a flag typically flown in support of law enforcement.

“Our most common link is that we all inhabit this small planet, we all breathe the same air, we cherish our children’s future and we’re all mortal. Our recent flag controversy has highlighted the fact that our community has strong opinions on this issue,” said Hart District Superintendent Mike Kuhlman.

The item states that the Hart District would like to explore ways to “honor these public servants in ways that unite the community behind positive and proactive measures.”

A committee was created in order to do this, which is set to begin meeting in January of 2023 to repair recommendations to the Governing board on Feb. 15, 2023. Each board member can invite one person to serve on the committee which includes an administrator, a teacher, a classified representative, a parent and a  first responder representative. Additionally, five students are to be invited to participate on the committee.

The board went on to make decisions regarding the flags allowed to be flown at school events and on campus flag poles.

“This issue has arisen in conjunction with requests that certain commemorative or symbolic flags be flown, or not be flown, on flagpoles at school sites and District properties,” read the issue.

“When acting as a team these students represent their school and not themselves as individuals,” Kuhlman said. “When the thin blue line flag is brought onto the field by the football team, a reasonable viewer could believe that this is not an expression of an individual’s belief, but a belief that has been sanctioned by the district.”

As a result of these legal conclusions, the board voted to keep the district’s prior practice of flying American and state flags on District flagpoles and flags, banners, symbols, or other insignia that involves or promotes the school, the District, team/club/organizations, or the specific event or sport.

To watch the full livestream of the Hart District Meeting, click here.

Linsey Towles is currently a sophomore and journalism major at College of the Canyons and graduated from Saugus High School in 2021. She began as an intern at KHTS in Fall 2020 and was hired in June as staff writer for the news team where she covers breaking and feature news. 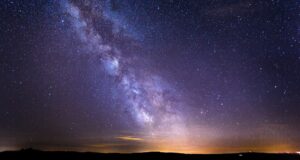 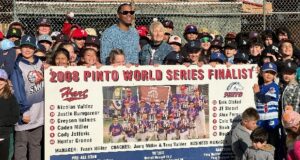 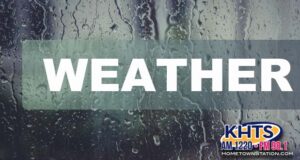