Dozens of children and parents showed their support for the California Highway Patrol with a “Chalk the Walk” event outside the CHP Newhall office, just days after a series of shootings targeting law enforcement officers.

On Sunday, a deadly shooting in Louisiana killed three police officers and wounded three more; the killings prompted a steady stream of support for law enforcement officers from the Santa Clarita Valley, including the CHP.

The show of support was organized by Santa Clarita resident Jane Woodworth.

“We are chalking the walk, just showing our appreciation for our law enforcement,” she said.

But this is not Woodworth’s first “Chalk the Walk.” Earlier this week, she put out the call on social media for those interested and drew a crowd of parents and children to chalk the sidewalk in front of the Santa Clarita Valley Sheriff’s Station.

“We were out at the Sheriff’s Station on Monday and today we’re at the CHP,” she said. “(We) just wanted to show our respect and that we love them and care for them.”

The idea for chalking the walk came to her as a way to let her 6-year-old daughter participate, opening the appreciation to those of all ages.

“I really wanted to do something with my daughter,” Woodworth said, “With the news filled with negativity about our law enforcement, it was just kind of overwhelming.”

“I think it’s a very generous thought and action to come out to our office, (for this chalking)” said Officer Josh Greengard with the California Highway Patrol. “It’s something that we can see every day and remember.”

Here are some photos of the community event: 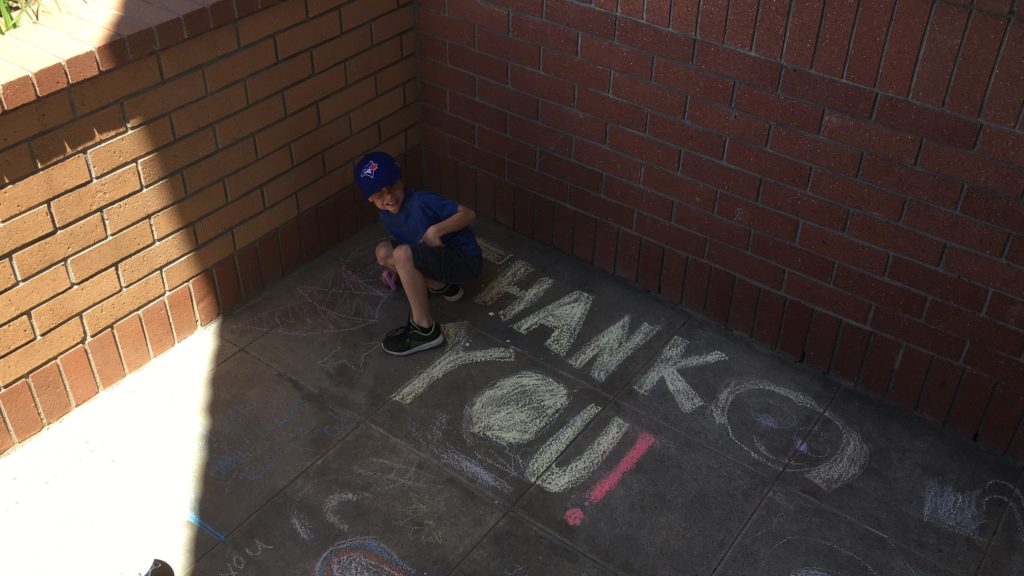 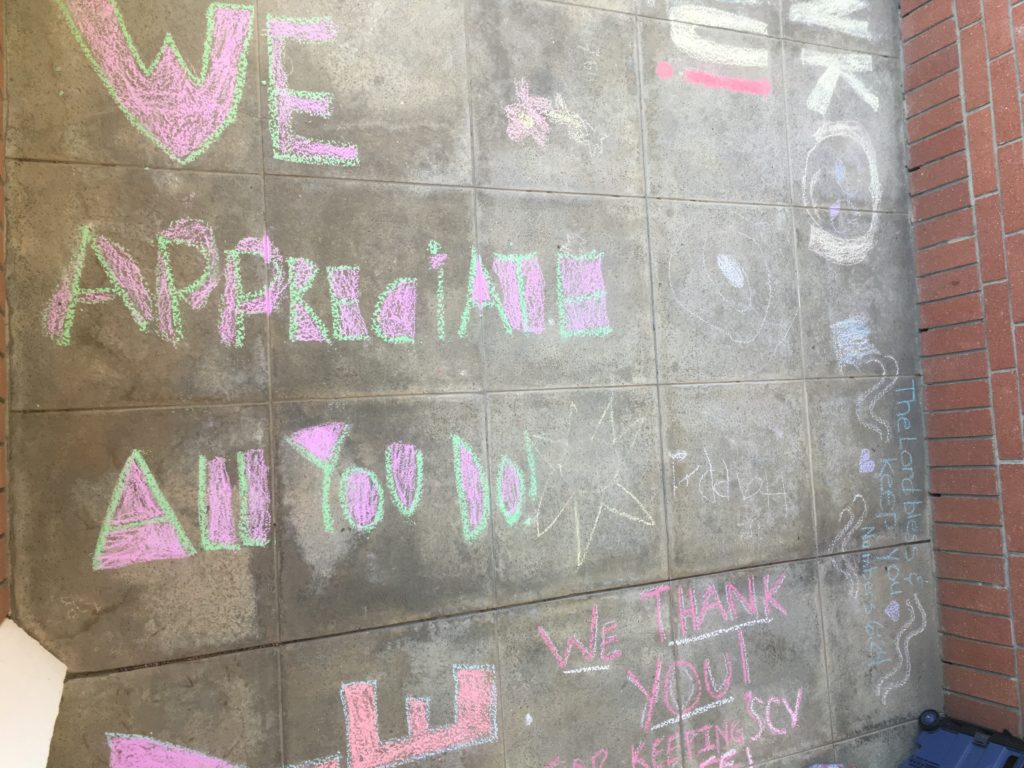 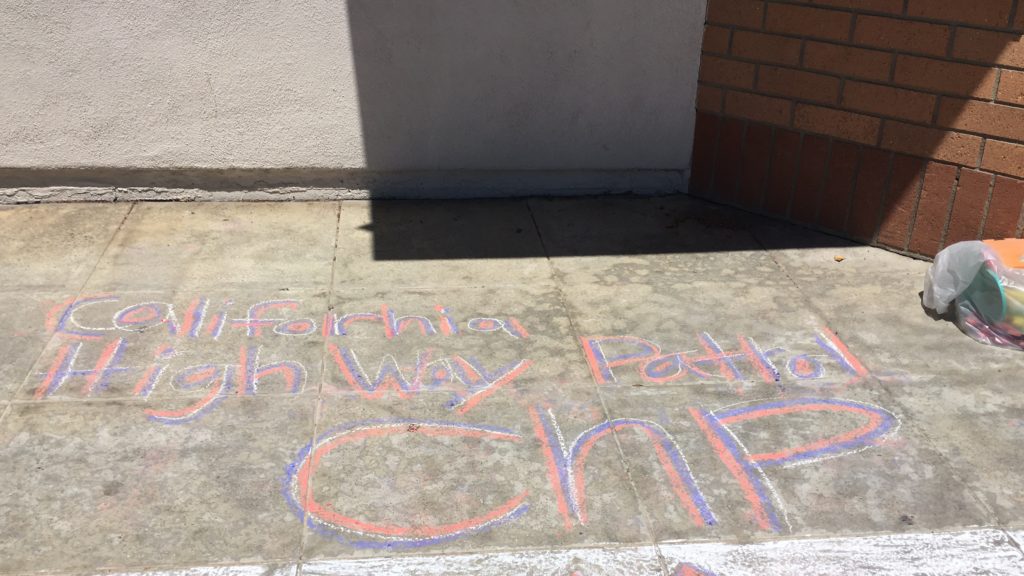 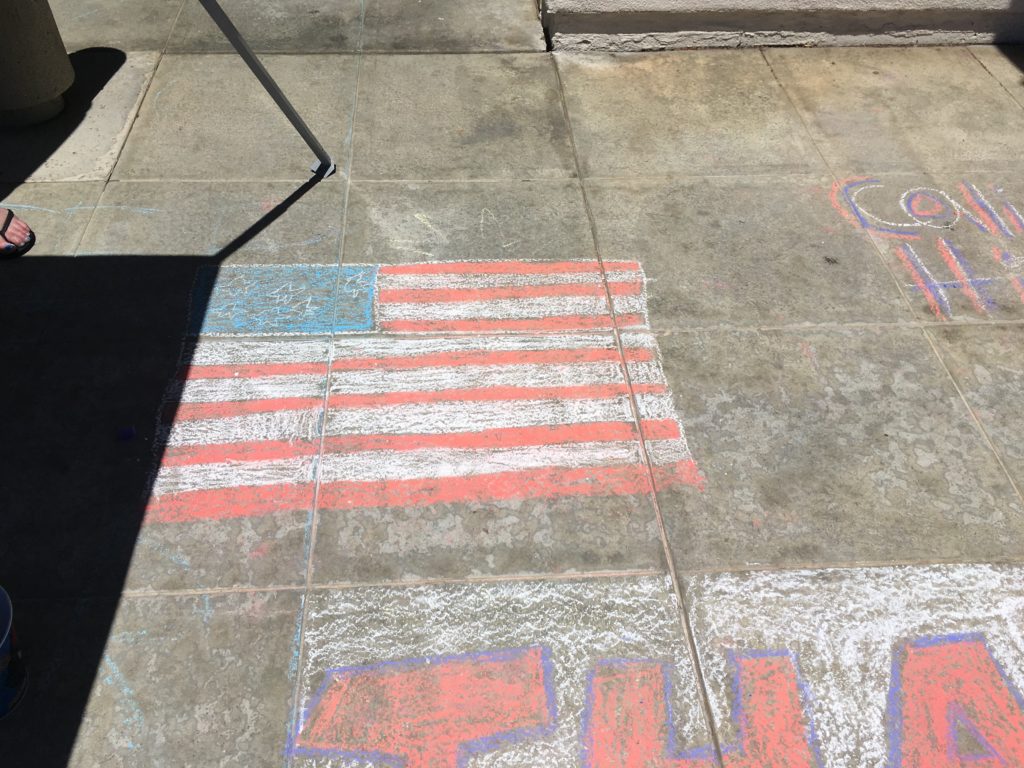 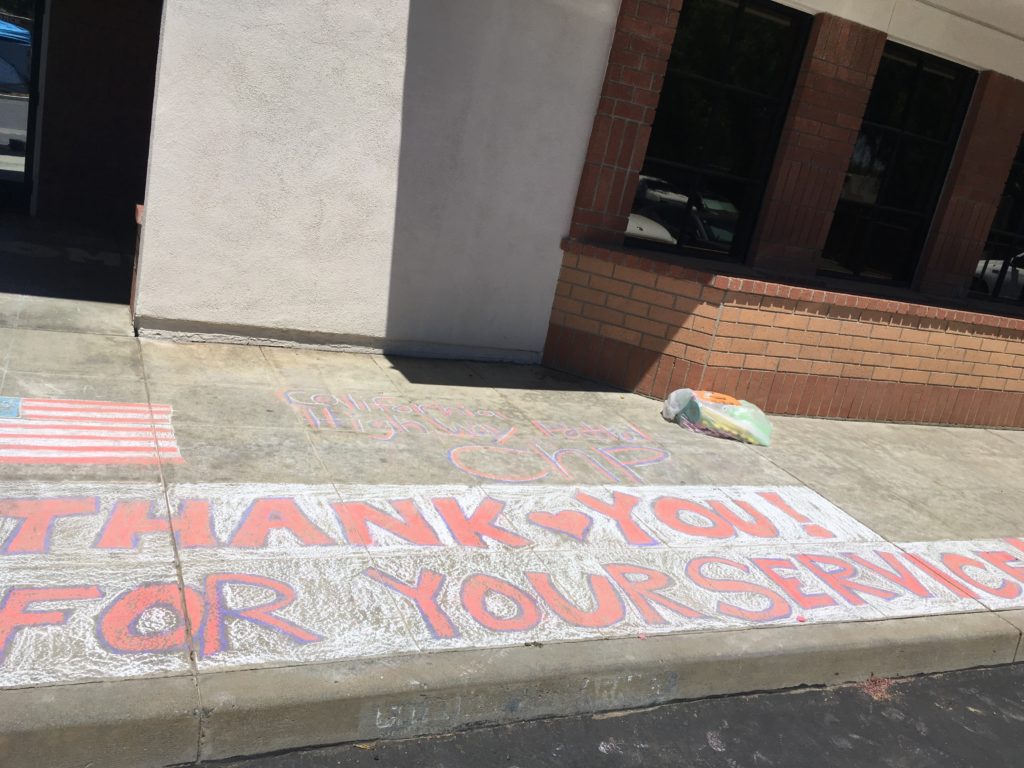 Chris McCrory is the acting News Director for KHTS Radio. He set up a profile picture in his first week as an intern in 2015, and still isn't sure how to change it. He will graduate from Arizona State University with a BA in Journalism in December 2018. 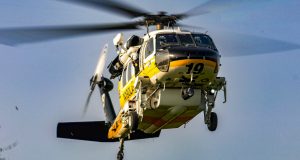 One Hiker Airlifted From Newhall Trail 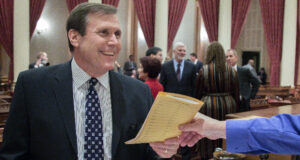 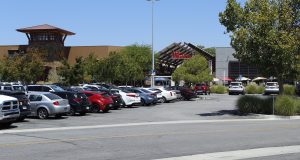 The Dudes Brewing Company Shuts Down Due To Pandemic