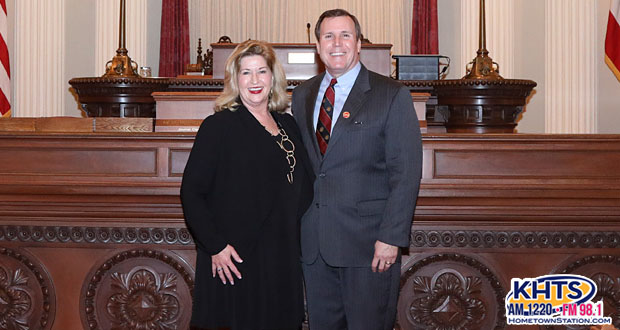 Senator Wilk announced the decision to bestow Lauffer with the veneration while she was visiting the state capitol for the KHTS Sacramento Trip.

“I’m honored to have (her) as my very first Woman of the Year for the 21st district,” said Wilk, “She’s a fantastic community leader, mother and successful business woman who is a model for so many women and girls in our community.”

Marlee has been a driving force in the Santa Clarita Valley over 10 years, connected with the local business, civic and nonprofit community.

In 2004, Marlee joined with several local business leaders to form the Bank of Santa Clarita and remains a director on its Board.

She supports many other area organizations in leadership positions, including the SCV Chamber of Commerce where she previously served as Chair, Zonta, WiSH Education Foundation, and SCVEDC.

She was appointed to the City of Santa Clarita’s initial Arts Commission and has served on various arts and non-profit boards, including Henry Mayo Hospital, serving on its Foundation Board and Board of Directors.

“Marlee is one of the busiest people I know, but in all the years I have known her, she has never failed to carve out the time to make a difference in our community. Whether it is helping non-profits, local businesses, or the arts, she is there and making an impact,” said Wilk.

Lauffer received the honor on the floor of the California Senate in Sacramento Monday, March 12.

“When Senator Wilk called me to give me the news I was both surprised and honored,” said Marlee, “To be named “Woman of the Year” on the floor of the California Senate is not something that happens every day.”

Marlee said she was grateful to be recognized for contributions she has made to the community.

The “Woman Of The Year” award is sponsored by the California Legislative Women’s Caucus.

KHTS FM 98.1 and AM 1220 is Santa Clarita’s only local radio station. KHTS mixes in a combination of news, traffic, sports, and features along with your favorite adult contemporary hits. Santa Clarita news and features are delivered throughout the day over our airwaves, on our website and through a variety of social media platforms. Our KHTS national award-winning daily news briefs are now read daily by 34,000+ residents. A vibrant member of the Santa Clarita community, the KHTS broadcast signal reaches all of the Santa Clarita Valley and parts of the high desert communities located in the Antelope Valley. The station streams its talk shows over the web, reaching a potentially worldwide audience. Follow @KHTSRadio on Facebook, Twitter, and Instagram, and sign up for KHTS email and text alerts today!

Gilbert A. Bernal Jr. has been part of the KHTS video department since Jan 2017. He was hired as video editor in June 2017 after his four-month internship in the video department. While serving as a video intern, his duties were extended to become a multimedia journalist, producing news videos for KHTS News and Features. Gilbert was added to the KHTS team as part of the station’s continued growth and expansion. An Army veteran, father and local artist Gilbert has dedicated time and energy to volunteering at schools in the Santa Clarita Valley. At Pinetree Community Elementary School, in Canyon Country, Gilbert donated art for school auctions, photographed events and painted murals. At Canyon High, he gave two art demonstrations for the “Yes I Can” organization, a peer counseling class that focuses on learning about disabilities, social inclusion, and tolerance. Starting in Feb 2017 Gilbert launched the “KHTS Man On the Street” video features which gather and reports local opinion of Santa Clarita residents on current issues or events. A return student at College of the Canyons since 2014, Gilbert has been apart of the Media Entertainment Arts department working as a college assistant. After enrolling into the film program in 2014, he was hired to work in the camera equipment room (The Cage). There he helps students with film equipment rentals and technical advice. Gilbert received his associates degree in Film Production from College of the Canyons in 2017. He is continuing his educational path and plans to attend CSUN in Fall 2018 to work for a Bachelor's degree in Film. 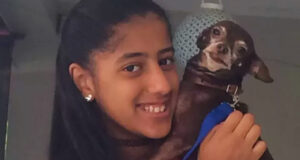 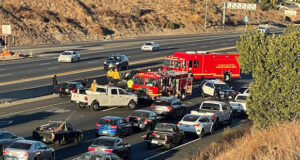 One Ejected, Hospitalized After Rollover 14 Freeway Crash In Santa Clarita 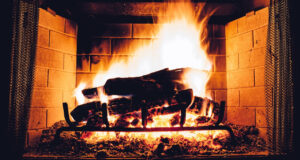