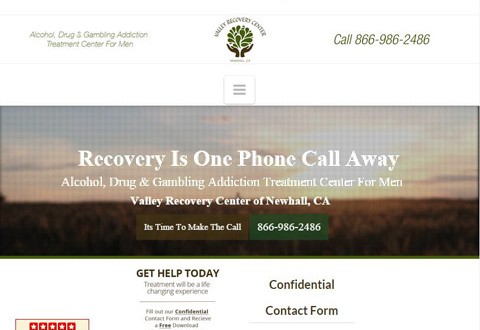 A group of Happy Valley residents upset over a business that recently opened in their residential neighborhood brought concerns Tuesday to Santa Clarita City Council members.

One of the business’s co-owners said he’s done everything he can to respect the neighbors and their concerns, and his sober living facility is operating within the confines of the law.

Santa Clarita officials said they were issuing a notice of violation Tuesday regarding a city ordinance regulating how many tenants are in the home.

However, if the facility obtains the state-licensed status it’s seeking, only the state would have jurisdiction over its operations, as long as it abides by laws that limit the number of occupants, officials said.

“We are concerned whether that facility is operating legally and we are investigating all of our options,” said Jeff Hacker of the Hacker Law Group, who was contacted by residents of the quiet, upscale Newhall neighborhood to address their concerns.

There’s no treatment component of the “community,” Mogilevski said, adding his business was hoping to obtain licensing to operate a treatment facility.

City Attorney Joe Montes said city ordinances are negated by state law if a treatment facility is state-licensed; however, unlicensed facilities are subject to city ordinances.

Sam Duggan, community preservation officer for city of Santa Clarita, said the facility did not appear to be state-licensed based on a recent inspection.

He also said there appeared to be three occupants renting rooms, which is a violation of a city occupancy rule that dictates only two rooms may be rented out in a single-family home in a residential community.

“What we know so far is that the house is a sober living facility, and that sober facilities are not licensed through the state of California,” Duggan said. “Because of that, they are required to meet our ordinance standards.”

The house has a manager who works 24 hours day to ensure the safety of the house’s residents, Mogilveski said. There are thorough background checks conducted on individuals before they are admitted to the house, and there’s a 10 p.m. curfew for residents, he added.

“For sober living purposes, our goal is to maintain a clean and sober environment where we are continuing to monitor their sobriety,” he said, “and making sure they’re not prone to any form of drugs or alcohol.”

Two residents spoke at Tuesday’s City Council meeting, echoing the concerns of about eight homeowners on the block, according to Cindy Smith, who lives in the neighborhood and was one of the speakers during public comment.

Residents of the neighborhood have met a few times to discuss their issues with the business, which include: the fact that there’s now a business in their residential neighborhood; that residents were not notified a business was moving in; and that property values could be significantly impacted by this new neighbor.

“We felt that we should have been notified — bottom line,” said Happy Valley resident Chris David, who also lives near the sober living facility, which is advertised as an “Alcohol, Drug & Gambling Addiction Treatment Center For Men,” on its website.

Mogilevski said he was trying to work with the neighbors as much as possible, and that the facility’s residents are either working or going to school, as well as following strict rules set forth by the house’s manager.

He has not yet received any violation from the city, he said, but he would address any Santa Clarita ordinances or violations brought to his attention.

City officials said after a notice of violation is issued, the owner or property manager would then have 30 days to comply.

“We want to make sure we don’t upset anybody and make sure they are safe,” Mogilevski said, referring to the residents in his home and their neighbors.

The home was hosting a barbecue Saturday to welcome neighbors and address any concerns or questions they might have, he said. “We’re not trying to hide anything.” 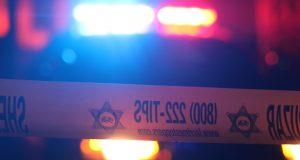 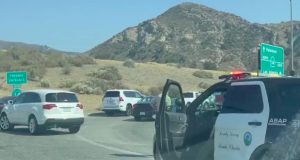