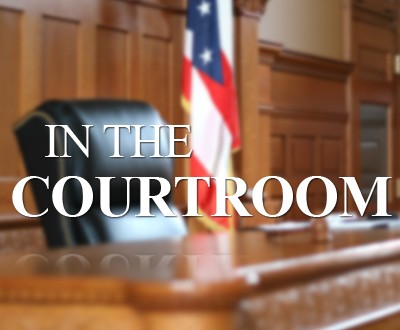 The assets for Creation’s Garden, the multimillion-dollar supplement company created by Dino Guglielmelli — a 52-year-old Canyon Country man accused of hiring a man to kill his wife — is bankrupt and having its assets sold off, according to a news release.

Guglielmelli pleaded not guilty Dec. 18, after Judge Hayden ZakeyO’Gara found there was enough evidence to hold the Creation’s Garden CEO over for trial.

Guglielmelli has been in custody since Oct. 3, when he was arrested after being accused of trying to pay former friend Richard Fuhrmann $80,000 for killing his wife, Monica Andreny.

Related article: Santa Clarita Man Pleads Not Guilty To Charge He Tried To Kill His Wife

Guglielmelli founded Creation’s Garden in 1993, which he built into a multimillion-dollar, international business.

Creation’s Garden had more than 300 employees, more than 165,000 square feet of manufacturing and maintained a state of the art analytical laboratory with experienced biochemists, research developers and microbiologists.

The news release from Tiger Group’s Remarketing Services Division and Reich Brothers detailed the empire Guglielmelli, who’s in jail at the Twin Towers Correctional Facility in lieu of $10 million, has built.

The Tiger Group’s Remarketing Services Division and Reich Brothers are now accepting offers for the assets of Creations Garden Natural Products Inc., a natural products manufacturer based in Valencia.

The company filed for bankruptcy Nov. 20.

Tiger and Reich are conducting the sale in cooperation with Brian Testo Associates.

The business is being offered for sale as a going concern, or in lots during a live webcast auction scheduled for Feb. 12 and 13. The auction will take place both days at 10:30 a.m. at the Hyatt Regency Valencia located at 24500 Town Center Dr., Valencia, and online at www.SoldTiger.com

Assets being offered include the global company’s brand names and other intellectual property; more than $8 million of finished goods, component and raw inventory; more than 200,000 square feet of state-of-the-art filling, mixing, packaging and support equipment; as well as office, laboratory, warehousing and transportation equipment.

“This sale represents a tremendous buying opportunity for a broad audience,” said Jeff Tanenbaum, President of Tiger Remarketing Services. “We are always hopeful a going concern buyer recognizes the opportunity and steps up to put the company and its employees back to work.  However, if this does not occur, the components of this operation appeal to many audiences – from national competitors and related packaging operations who will appreciate the late-model, well maintained mixing, processing and packaging equipment, to any local and regional business interested in warehouse, distribution, facility and office equipment.”

Finished goods inventories include the company’s own brands as well as products under retail private labels. The multi-million-dollar component and raw material inventory includes bottles and caps, tubes, jars, and ingredients, as well as materials purchased from domestic vendors.

Other assets include executive office and reception furniture and furnishings, file cabinets, telephone systems, copiers, and desktop and notebook computers, along with servers and presentation equipment. 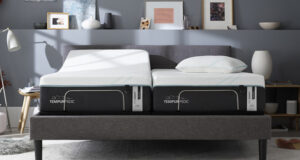 Welcome Fall With Better, Deeper Sleep With A Mattress From A Royal Suite Home Furnishings 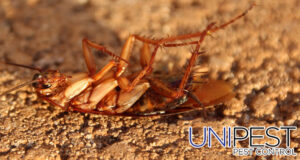 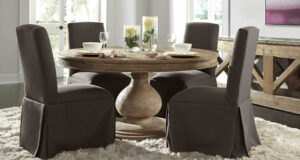 A Royal Suite Has A Unique Variety Of Pieces For The Room That Does It All, The Dining Room